In vitro fertilization takes a huge toll on the mind, spirit, and body. How many tries does it take to get pregnant and deliver a healthy baby? And at what point do you throw in the towel? In other words, many couples and women just want to know: how many IVF cycles before success?

Some patients choose to stop after only one cycle, and others continue for as many as they can afford. At the same time, fertility clinic doctors may discourage or encourage couples to keep trying, depending on their circumstances.

Below, learn about multiples IVF cycles, success rates and predictions, and research supporting a specific range of IVF attempts.

How Many Cycles of IVF Are Enough?

In a world where some couples get pregnant and have a baby in a single attempt, while others try sometimes five or six times before pregnancy, IVF can seem as inconsistent as the lottery. Two couples with very similar fertility situations could have very different results. To some, IVF represents a gamble that is emotional and expensive.

Unfortunately, IVF cycles depend on any number of factors! Usually, early on in a couple’s fertility treatment, their doctor provides an in-depth analysis, including the likelihood of IVF success. If IVF success likely won’t work, the doctor has a responsibility to explain that to a couple. Many couples must choose at that point whether or not to pursue it.

Many couples want to know what kind of success rates to expect, which is why they ask about cycle attempts. Fortunately, couples and women can rely on consistent success rates for certain characteristics. For example, fertility clinics report similar success rates for age ranges. That means that if a woman falls within a certain age range, her success rates remain relatively fixed. It is then up to her to choose to try IVF based on her comfort level with the probability of success.

Based on certain factors, couples, women, and their doctors can predict approximately IVF cycles using an IVF success calculator. This type of calculator considers a number of factors, including:

Each of these factors impacts IVF cycles women need to get pregnant or to carry a baby to term. Keep in mind that IVF success means different things, depending on success criteria. Typically, success means a live birth. To some, just getting pregnant represents a huge sign of success. All of that depends on the woman’s infertility diagnosis and pregnancy history.

The cause of infertility greatly increases or decreases just IVF cycles the calculator predicts. For example, a 37 year old woman with endometriosis, who’s never used IVF before, and had no prior IVF attempts, has a 25.5% chance of a live birth with a single attempt. However, if this woman has cervical damage or problems, the chances drop to 10.1%, meaning she’ll need multiple IVF cycles.

On the other hand, certain decisions reduce the cost of multiple IVF attempts while at the same time actually decreasing IVF cycles are required. For example, the success rates for frozen embryos can be higher for certain women. In those cases, women may choose to freeze embryos from the first attempt so the clinic can use them in subsequent attempts. This eliminates the egg retrieval and fertilization costs in subsequent cycles. It also increases success rate, because these embryos are already ready to use and couples do not have to wait for successful fertilization.

If you have the option to freeze either eggs, sperm, embryos or blastocysts, strongly consider it. Every step in the IVF process creates risk and can fail. Freezing embryos, in particular, increases the odds of success in any given cycle.

Even without a calculator, a good fertility doctor can estimate the likelihood of IVF success based on past failed attempts. Multiple previous failed attempts mean a great deal. Continuing to try IVF when the potential for failure is so high doesn’t make good sense. Unfortunately, IVF doesn’t work for every woman or couple.

Women with uterine receptivity risk multiple failed IVF attempts if the fertility doctor does not adequately test for it. In these cases, a doctor may object to subsequent cycles unnecessarily, because skilled clinicians can work around this situation. On the other hand, inadequate testing leads to unnecessary multiple attempts, too.

In the IVF success calculator, success rate goes down, slightly, when three or more previous IVF attempts failed. If the attempts did not fail, multiple attempts do not impact success rate by very much.

No matter the cause, multiple previous failed attempts are costly, and both doctors and couples may resist subsequent cycles. Couples and women who experience several IVF cycles that fail should see a doctor that specializes in IVF after failure.

How Many IVF Cycles Before Success, On Average

A recent research study based on women undergoing IVF showed that “two-thirds of patients will be successful after six or more cycles of IVF.” (Source).

By no means should you consider this number an average or even standard guidance. However, consider the reality of the research. Commonly, couples and women – or their clinicians – decline to continue IVF treatment after three or four failed cycles. But if the research shows that continued cycles leads to success, these women and couples may be stopping too soon. The research study concluded that the six to nine cycles, on average, spans about two years. According to the researchers, that is similar to the success rate of a couple trying to conceive naturally for a year.

Unfortunately, when couples and women decide to stop trying to conceive through IVF, it’s hard to come up with solid averages for success. A woman could decide to stop IVF treatments for any number of reasons, including cost.

Therefore, the research provides some insight, if not guidance. Given the emotional and financial stress IVF attempts cause couples and women, asking them to go through six to nine cycles may be unfair or unrealistic. But if the rate of success after six attempts goes up significantly, some couples may opt to take the chance.

As far as averages go, people undergoing IVF can expect around 45% success within three full cycles of IVF (source). In other words, about half the time, IVF succeeds after three attempts. Prior to three attempts, that number is lower. Of course, success rates vary by age, fertility diagnosis, and more.

When To Stop Trying

In an ideal world, patients would easily come to a decision about starting IVF and stopping it, as well. Unfortunately, the only answer to when a patient should stop trying IVF is “when it feels right to them.” If the cost becomes unbearable, or emotionally, IVF is too stressful, couples and women should choose what’s best for their own health and financial situation. One woman and her husband stopped trying after only one attempt at IVF, because she said it was extremely stressful on their marriage.

IVF involves time, money, support from family and friends, and faith. While it increases the likelihood of pregnancy for people with specific infertility disorders, IVF cannot and does not guarantee pregnancy and a live birth. At the same time, for some couples, IVF provides the only possibility for conception

If patients desire to continue trying and can afford to do so, research does suggest that multiple cycles have overall higher success rates than single cycles. 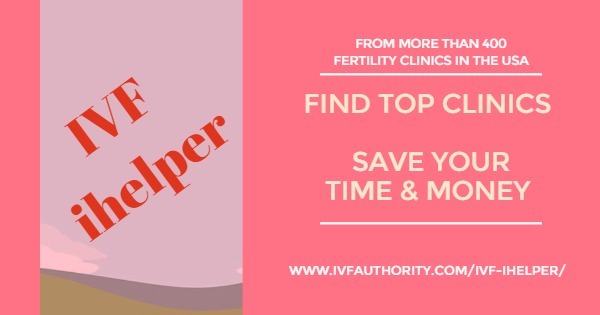